An estimated 42.5 million adults struggle with mental illness in America each year. That’s one in every five people you see walking down the street. You don’t always know if someone is dealing with a mental illness; often, the symptoms aren’t readily apparent. However, the issues that accompany mental health problems can make simple activities we take for granted impossible for the person to complete — things like washing their hair or picking out clothes.

In the past, people with mental illness didn’t have too many choices when it came to employment. They either had to hide their issues and trudge along through their day just trying to keep it together long enough to complete their job, or they stayed unemployed. However, with all the recent technological improvements in communication, it’s easier than ever for companies to hire people who can work from home, providing an exciting opportunity for people who deal with mental illness every day of their lives.

The Gig Economy and Mental Illness

The gig economy is the term used to describe a network of freelance workers available for hire through temporary contracts with companies or people. Gig workers or freelancers use websites or apps to either advertise their services or pick up gigs as they become available. They earn their money as independent contractors through a 1099 contract, though tips are also a big part of the pay scale for many of these workers.

The gig economy gives people the freedom to make their own schedules and be their own boss. However, not everyone is cut out to be a freelancer. According to the Harvard Business Review, a person needs four things to succeed in the gig economy:

People who are not good at motivating themselves and creating structure tend to get overwhelmed with the freedom that the gig economy provides. Workers tend to do better if they have the traits of a business owner — being open to learning, being organized financially, etc. The gig economy also offers surprising advantages for those with mental illness.

No Shirt, No Shoes, No Problem

Self-neglect is a common symptom for people dealing with depression. The weight depression puts on a person’s soul makes even the simple act of getting dressed exhausting. When dealing with one of those dark days, a freelancer can continue getting their work done from the safe space of their own home. As long as they hit their deadlines, there’s no problem with working in their pajamas, but it is important that they create a dedicated, productive space for completing their work. If you opt to work from home, be sure to carve out an area that has everything you need readily available (whatever technology you need, as well as client phone numbers and files, for example) and as few distractions as possible (settling in for work next to your child’s playroom or the laundry room are sure ways for your attention to be drawn away from the tasks at hand).

When people have anxiety or suffer from depression, the stress and trouble of office politics can be extremely triggering for them. Not knowing what is happening can create paranoia while affecting their work and productivity. Eliminating office politics helps a lot of people achieve happier and more peaceful lives overall.

Starting a new career and succeeding on one’s own can be a huge self-esteem booster for people struggling with mental illness. Anxiety and depression tend to make people feel a lot of self-doubt and hatred. Setting their sights on a goal and getting there is a real-life solution to a lack of self-esteem.

Working in the gig economy as a freelancer isn’t for everybody. Those who need a supervisor to motivate their work and provide structure do better when working in a traditional work environment. However, for self-starters who need the flexibility to work on their own terms, freelancing is an exciting option.

Lucy Reed has been starting businesses since she was a kid, from the lemonade stand she opened in her parent’s driveway at age 10 to the dog walking business she started while in college. She created GigMine because she was inspired by the growth of the sharing economy and wanted to make it easier for entrepreneurial individuals like herself to find the gig opportunities in their areas. 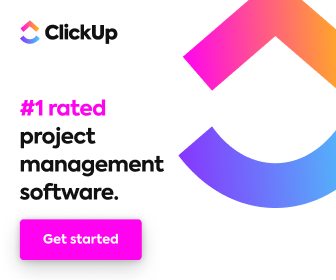